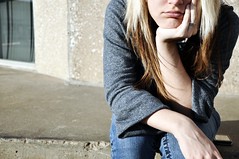 Prior to conglomeration there was a time when radio, television and print were local community outlets.  The big three were locally owned, and focused on the local community.  Now most decisions that are made for communities regarding their major media are made from thousands of miles away.  What music to play, what programming to air, cuts made in print to the journalism staff create fewer local articles being written.

Having worked in radio for so many years and sold against TV and radio it’s always easy for me to talk about the big three and it’s sad to see their demise, although most of it is self inflected.  Radio and TV worry too much about ratings than audience, print has always had too big of an ego and lost when it didn’t  embrace the internet back in the mid 90’s.  Most of the content today in traditional media is just not very awe inspiring.

With social media it is “you” who create the programming,  It’s the individuals, groups, businesses and brands that we know and like that we allow into our own programming.  We create our Facebook community to entertain and inform us.  We choose whose tweets to follow to keep us updated on technology, news, inspiration and events.  With social media you have no one to blame for the poor programming but yourself.

Every season I find less and less shows on TV that are Tivo-worthy.  I stopped my subscription to the newspaper as it’s just for the most part yesterdays news.  Radio, once was the rebel of the big three is now just a corporate suit.

It’s no wonder that social media has exploded.  People will always gather were they’re entertained, and it seems that most of the quality information and entertainment is on-line.  It’s not that more time has been invented in the day for people to spend time playing in social networks, the time is coming from somewhere.  It seems most of the time is coming at the expense of traditional media.

Facebook seems to be the replacement for the local newspaper. Hulu, Youtube, Twitter seem to be replacing the hours watching TV, and then you have iPods, slacker, Pandora have created better alternatives than most local radio stations.

If the big 3 concerned themselves more with the consumer than the bottom line would social media be as big as it is today?  We do have short attention spans today, but if the content coming from the big 3 was worthy would we step away from the tweets, the FB posts and listen to more radio stations than our iPod?