How To Do Good With Marketing - Paradux Media Group

How To Do Good With Marketing 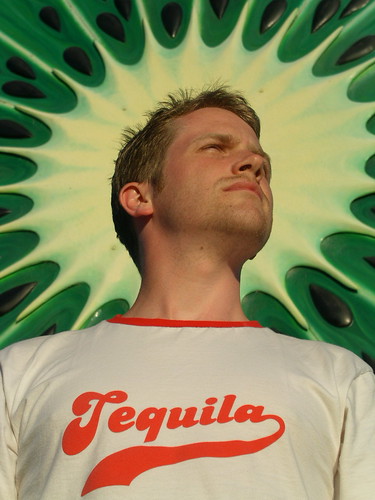 People who work in marketing do not, fundamentally, have the most beloved of professions. From Bill Hicks’ legendary “If anyone here is in advertising or marketing, kill yourselves” routine to your parents who have tell their neighbours that you’re in jail to avoid having to say what you actually do for a living, this is not a field that is hugely popular with people (Which is ironic if you think about it).

But what if there were ways to use your marketing powers for good, instead of evil? What if you used your abilities to get people to give money to a worthy cause, instead of getting them to believe that spraying yourself with unpleasant-smelling deoderant will cause women to literally throw themselves at you?

Well, fortunately there is. The world is full of charitable organisations that need to spread awareness of their cause and gather donations. Marketing jobs in the charity sector are a great way to do the job you love without actively making the world a worse place.

So, now that you’ve decided to turn from the dark side of the force, here are a few hints and tips to get you started.

The charity sector has a very different set of problems and demands, even to other marketing jobs. Take the time to read about what various charities are doing, look at the campaign’s they’re running and check out the wide variety of blogs, news sites and online databases that can clue you in on what’s happening in this sector.

Sign up for job alerts through as many websites as you can, so that you not only hear about jobs you might be able to apply for,  but also get a more general idea of who these organisations are hiring and what their needs are.

If you’ve any experience or training in marketing at all then you’ve probably been beaten around the head with the message that social media is the new frontier until the words “social media” are indented in mirror writing across your forehead. Social media is an incredible tool for raising awareness, and this is more true of charities than it is anywhere else.

92% of the top charities can be found somewhere on social media and the world’s top 25 charities now have more Twitter followers than the 25 top retailers or the 25 biggest companies on the FTSE 100.

Until very recently most of these accounts were handled by interns and volunteers, but as they start to realise what a powerful tool they have at their disposal they’re going to bring in professionals and dedicated, permanent staff.

Be Prepared For Stiff Competition

The UK alone has over 160,000 registered charities, yet each of those charities will only employ a handful of staff. What’s more, they’re popular, especially the bigger charities. Amnesty International for instance has had cases where there have been over 2,000 applicants for one role. While it’s heartwarming that so many people want to work for such a noble cause, it means you’ll have a big challenge ahead of you.

Volunteering is a good way to show your commitment and build up contacts within the organisation. It’s also worth bearing in mind that a lot of charities use agencies to do their marketing, see if you can find out which agencies they use, and try pitching to the agency instead of the charity directly.

If you’re in marketing or PR than you really need to be keeping a blog. Your blog is your calling card, it’s a good way of building your reputation, ensuring you have the top spot in your Google results and showing people how you think and how you work.

If charity is the area of work you want to get into, then charity is what you should start writing about. Look at the campaigns various charities are running. Which ones work? Which ones could use improvement? How would you handle certain accounts? Talk loudly and publically about this in your blog, and engage other industry figures in conversation over it. You never know who is going to be reading your work, or what possible consequences it might have.

Jim Turnbull is a freelance writer specialising in jobs in the charity sector and other employment-related subjects.

Thanks for letting us know!
This is how we improve bertha
What did you expect to happen?