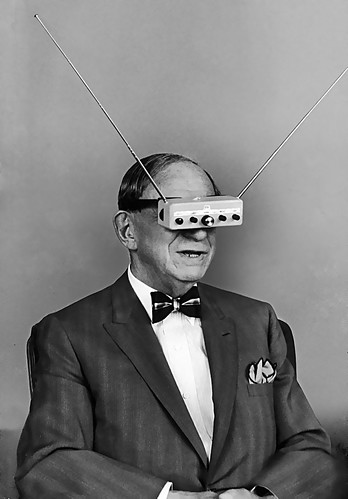 The best argument against psychics so far laid out is “If you can see the future, why don’t you use  it to make a killing on the stock market?” So when I say that there are mind control techniques that have been developed that leave you with all the autonomous decision making capability of a lab rat in a maze (and not one of the smart rats, no. The ones with remote controls in their brains) you’d be right to ask “Why aren’t they using that technology to make a heap of money?”

The answer of course, is “They are”.

With their Machiavellian mind science advertisers have determined…

We Can Control You With Colours

This is one of their oldest tricks. Back in 1925 only 5% of cigarettes were smoked by women. This was upsetting for tobacco companies, because they couldn’t help but imagine all those beautiful pink lungs out there not inhaling their precious cigarette smoke. Something had to be done.

Thus, Bobba Fett style, Edward Bernays enters the scene. Edward Bernays is often credited with single handedly inventing PR, and is often believed to be spit-roast in one of the less pleasant corners of Hell for that same reason.

He came up with a whole selection of tools still used by admen today. He hired models to smoke in public. He persuaded the suffragette movement to light “torches of liberty” (that’s cigarettes to you and me) on their marches, so that smoking because a symbol of female empowerment.  There was still one problem though. Women, vain creatures that they were, didn’t smoke Luckies cigarettes because they came in green packaging. Green clashed with their outfits, and so no smoking for them.

A less ambitious man would have heard this feedback and said “Okay, let’s redesign the packaging”.

Bernays was not a less ambitious man. Instead, he launched a six month campaign to make green the “in” colour of that year. He arranged for socialites to throw a “green ball”, worked with fashion designers who made accessories, textiles and dresses and told them it ALL had to be green. He wrote to fashion editors and interior decorators, stressing that green was the next big thing. Soon Vogue was having green covers on the date of the green ball while a silk company was throwing a Green Fashion Luncheon with an all green menu and made the whole thing happen on St. Patrick’s Day for EXTRA GREEN. By 1935 20% of adult women were smoking, and lots of those were smoking Luckies.

We Can Make You Pretend You’re Richer Than You Are

Do you like Friends? What do you mean nobody watches Friends anymore? Come on, you know they’re repeating it somewhere out there in Digital TV hell.

The great thing about Friends was that a college professor, a woman who worked in a coffee shop, a waitress, an out of work actor, a self-employed masseuse and… whatever it was Chandler did for a living were all able to afford massive apartments in the middle of Manhattan, constantly seemed to be eating out and going to see shows and just randomly buying huge chairs because the writers had an idea for a great story about a chair.

Watch Sex and the City? Again, it’s about three friends who always eat out, living in the middle of the pricey bit of New York and just never stop clothes shopping.  In case you’re wondering, no, this article will not reference any TV show broadcast after 2001. Deal with it.

In the advertising trade this is called “referencing”. It works like this: Advertisers show you an attractive lifestyle involving characters you like and relate to. To see a real life example of this, find one of your boring friends who actually says “Bridget Jones is just like me!”

So, in an attempt to live the aspiration lifestyle we saw the Banks family living in Fresh Prince of Bel Air, we buy things they buy, do things they do, trying not to notice that we really can’t afford it. This may be something to do with the massive financial crisis we’ve all suddenly found ourselves in.

Could you slap yourself in the face really hard?

No, of course, why would you do that.

Could you slap yourself in the face really hard? It’ll make the rest of this article make much more sense.

Okay, I should have known you were too clever to fall for such an obvious ploy. Except for the fact that you’re really not.

Ellen Langer was a psychologist who, judging by her research, was also power mad. She arranged an experiment at a university library where students queuing for the photocopier were approached by an undercover psychologist.

The first time the undercover psychologist would ask if he could cut in line. The paper doesn’t explicitly say the psychologist was told to f*** off, but we can imagine.

The second time around the undercover psychologist would ask if they could push in line, but would provide a reason like “My class starts in two minutes”, more people would let him push in. But here’s the weird thing- the undercover psychologist found it just as easy to push in no matter what the reason was. If he said “Can I push in because I want to make some copies” people apparently thought “Huh. Okay then.”

As you can imagine, if you can get far in marketing recruitment once you know people can be coerced that easily. Because apparently that’s just the sort of easy to manipulate meat puppet you are. So! Buy Pepsi because blue! Stand on one leg because evangelism! Stop reading the article now!

Chris Farnell is a freelance writer who works with Marketing Graduate Jobs. He can control you with his mind.