We see it with great advertising campaigns, and sometimes not so great, where the individual in the spot can become a star in their own right.  Jared has seemed to make a living off the Subway commercials a few years back.  There are countless others, and with the Super Bowl just over a week away half of the viewing audience is looking forward to the commercials more than the Steelers v Packers.

We invite our local news anchors into our homes, and when you see them out and about shopping or at a restaurant you recognize them, you know who they are even though they haven’t a clue as to who you are.  It happened to me just the other day while having lunch sitting next to us was an anchor form one of the local stations, the funny thing is I not only recognized her from the news but also from her Twitter avatar.  I digress for a moment to give a shout out to how well our local media uses Twitter.  It seems to be the case in most markets but props to all here in Southern Oregon who use it so well.

So while Television makes stars so does youtube.  While very good commercials will hit viral status every day even more non-television videos attain viral status.  Now as a local business you’re more than likely not going to do anything to achieve viral status it’s still important for you to have your own youtube channel.  Video is a great form of communication, television has shown us that.  We all absorb information in different ways and through viewing, is certainly towards the top of the list. 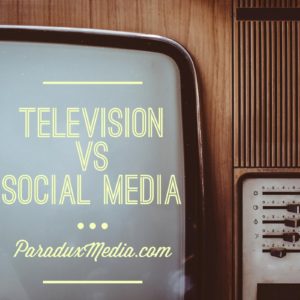 A youtube channel allows you to communicate what can’t be done in 140 characters in a tweet or the 400 or so characters on a Facebook post, and after all some things just need to be seen to be believed.  A youtube channel will allow you to display all of your television commercials that maybe people haven’t seen.  It allows you to visual demonstrate what may separate you from your competition.  It allows you to give a tour of your establishment, introduce us to your team.   It gives you the opportunity to display more of your personality.

In today’s world, we have so many different options to gather our information.  People are even viewing their favorite televisions shows differently, as results from researchers at Lab42 this month shows a study of social media users and how they watch TV.  It’s important as a business owner to meet the needs of how people want to receive your information.  Youtube is just another form of media that allows you to be where your customer and future customers are.  So when looking at youtube take a look at what has made you successful in your television advertising and go from there.  The great thing is that you won’t be limited to just 30 seconds!